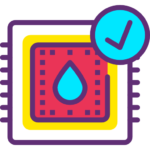 Open loop cooling vs Closed-loop cooling is perhaps the biggest debate of the past decade. But why this disagreement and how did it start? That’s a million-dollar question. How about we debunk this right now?

If you are a potential Jet Ski buyer, then chances are that you’ve already been fed with tonnes of information on which PWC is better. And, I am sure the debacle on the cooling system might have been the highlight of any Sea-Doo owner’s argument. As you are here on my blog, I am sure you need a rational point of view on the whole “Cooling system” debate.

Good for you! You’ve landed in the right place. But before jumping on this discussion, let’s brush up on things that you may or may not already know.

A cooling system in a watercraft is a troubleshooting mechanism that helps in cooling your engines. In the Open loop cooling system, this process is quite simple.  The machine draws “raw water” (water that the craft is floating on) into the engine, pumps it through the engine’s water jacket and then ejects it out.

On the other hand in a closed Loop cooling mechanism the machine uses coolant or antifreeze to keep the engine running at ideal temperatures. Although this system also uses the surrounding water to cool the watercraft, the water never enters the system. Actually, the coolant circulates in the machine with the help of a ride plate. It is the ride plate that cools the heated coolant by bringing it in indirect contact with the water surface where it can dissipate heat.

Now that we are on the same page, let’s get back to this big debate.

What’s the disagreement about?

Since time immemorial, watercrafts have been using an open loop cooling system for cooling down the engines…until Sea-Doo launched its first-ever closed loop system in 2002.  Since then, Jet Ski owners have been picking sides whenever the heated discussion on which watercraft is better comes into the picture.

When Sea-Doo launched its first 4-Tec engine in 2002 it advertised it to better as it prevented the engine from the corrosive saltwater and damaging debris because of its closed loop cooling technology. It also promised reliability, longevity and peace of mind, which seems fair considering that they were dodging all the shockwaves created by the open loop system (according to the claims). But loyal customers of Kawasaki and Yamaha thought otherwise. ( We will talk about their arguments later in the blog)

Before jumping on to this debate let’s understand whether the claims made by Sea Doo are true or not. We have to dig right into the meat of the matter and firstly look into the widely believed pros and cons of these systems.

Now that you know about both the systems, let’s bring in the arguments from loyal Kawasaki and Yamaha customers  that are making this debate so alive and kicking.

Addressing the arguments one by one

Number 1: If the Open Loop Cooling system is so troublesome why is it still the widely used cooling system for marine vehicles?

Moreover, corrosion is a long process and even with an open loop cooling system, it can be avoided if you religiously flush your ski after every ride with fresh water. Doing this cuts down the possibility of the potential hazard caused by debris, salt water and even water retention during winters.

Number 2: Flushing is required in a closed loop cooling system as well

You may have heard rider’s say that investing in a closed loop cooling system is a must if you want to avoid the efforts to flush your watercrafts post ride.

However, even in Sea Doo’ the exhaust system is open looped. So, whether you like it or not, flushing will be a part of your aftercare procedure regardless of what cooling system you’ve opted for.

Now that you know everything about cooling systems, I am sure choosing what side you are on has become a lot easier.

However, if you are considering the cooling system to be the sole factor for choosing a PWC, I would recommend you to weigh in other features as well. You’ll have to consider all the other aspects that comprises a good PWC, a cooling system alone won’t tick off every requirement on your list.

Hi! I am Trixie, a Powersports lover, a Jet Ski tech and a Jet Ski instructor. Join me in my venture of deciphering the world of Jet Skis.

Jetski journal is a participant in the Amazon Services LLC Associates Program, an affiliate advertising program designed to provide a means for sites to earn advertising fees by advertising and linking to amazon.com